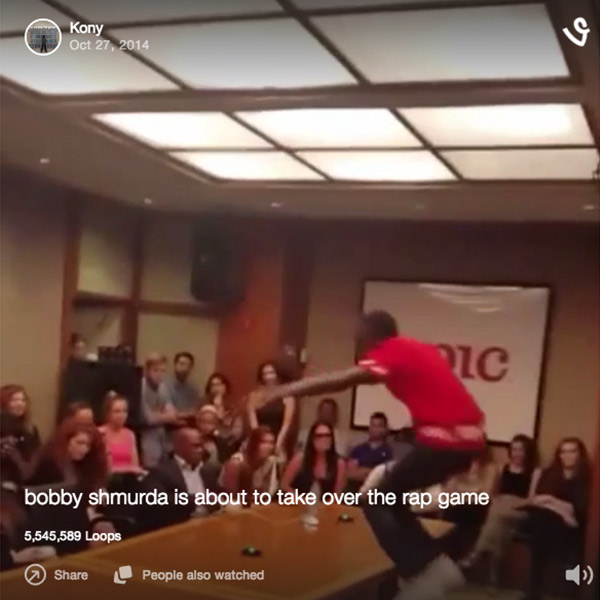 The astronomic bail amount was placed under the assumption that Bobby’s virtual visibility reflected his net worth. Like most digital content creators with prolific followings, there is a disparity between this level of visibility and its financial pay-off. Several attempts were made to lower the bail amount but they were rejected. Bobby remains in jail pending his trial date in September (postponed for the second time since his original trial date of February 22, 2016). While his virtual representation acquires cultural capital, Bobby remains invisible. His image and gestures remain in circulation, propagated within and outside the confines of the internet.

The device of a looped gif is not exclusive to Vine but is made explicit by its UI, which counts revolutions as content is looped across all devices in which the vine is being accessed. The visual accumulation of loops on Bobby’s dead body (in a Barthes-sense) can operate as a metaphor for the process of his digestion within the cyclic mandibles of the Internet. The dance is performed by a disembodiment of Bobby that operates as a jester to entertain and generate a mimetic cultural trope for those who access the video.