Just as every cop is a criminal,
And all the sinners saints.
-Mick Jagger

The Wire is a treatise on the ontology of the criminal: petty thieves and drug addicts (Bubbles and Johnny Weeks), sadistic murderers (Wee-Bey and Chris), criminal masterminds (Stringer Bell and The Greek), normal Joes trying to sustain a modest way of life in the midst of a radically changing economy (Sobotka), corrupt politicians (Senator Clay Davis)—the "criminal" does not signify a single, simple, and abstract type of subjectivity, but points to something that is multifarious, complex and, perhaps ultimately, paradoxical. Society so readily and easily pretends to understand the criminal as he who stands against and outside of society proper. The criminal is seen as that radical individual who has no regard for the law, reason, or morality, an irrational surd that must be punished, effectively exiled, or executed if society is to remain cohesive, stable, and free.

But throughout The Wire, we see that the criminal cannot so easily be conceived as "outside" the law or the polis. In fact, the criminal is often embedded precisely in those mechanisms that demarcate law from outlaw, legal from illegal, upstanding citizen from criminal. In this way, the criminal is often the most "inside" of society's members, and it is the criminal who perhaps best reveals the logic of society itself. The criminal is that contradictory figure who exists in the liminal space that defines the zones of inside/outside, law/outlaw, friend/enemy. A mature understanding of "the criminal" knows that the simplistic Manichean dichotomy of good/bad does not capture the complexity of the relationship between criminal and society, and the drama of the The Wire moves around the way that criminals shape, are shaped by, and occupy this space "in between."

Omar is excluded from society proper and the "society" of the criminal underworld, yet, as a criminal and an informant, he is also part of those worlds from which he is excluded. Bubbles, the poor junkie who engages in petty crime to feed his addiction is effectively invisible as a member of society, yet we see him as part of the "inside" not only in his role as crucial informant, but in his various attempts to be a moral member through his loving mentorship of Johnny Weeks and Sherrod. Frank Sobotka's smuggling is not motivated by the type of greed and self-aggrandizement that stands against society, but precisely as a way to sustain his life "inside" society, namely the unglamorous yet dignified working-class life of the stevedore. The most powerful "insiders" at every level of government engage in criminal "outsider" activity—bribery, theft, corruption—precisely so that they can maintain their position and influence "inside." Though we conceptualize the criminal as Other, always motivated by selfish anti-social desires, The Wire reveals that the criminal is both different and not all that different from "Us," and that crime is precisely the action whereby an individual does not set himself apart, but tries to be a part, if not of society "proper," then part of some kind of community of recognition at all. Bubbles, ever wise, articulates this blurry boundary between inside and outside in one of his many illuminating aphorisms: "Thin line 'tween heaven and here" ("Old Cases," Season 1, Ep. 4). 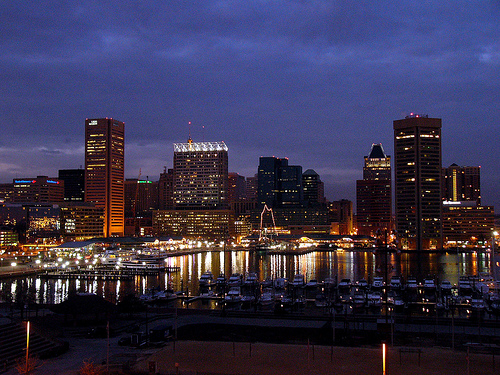 The criminal walks this thin line, this razor sharp wire that seemingly separates worlds. The criminal exists at both focus and fringe, outside the gates of the polis proper, but somehow touching its very center at the same time. The criminal points precisely to the tensions, contradictions, and paradoxes that are at the heart of a society.  The criminal is not the "dark Other," but a shining mirror that most clearly illumines the "truth" of our shared world. Though we warehouse criminals in prisons, forget them in the shadows of the ghetto, or allow them to be killed by urban violence or the state, we do so because the criminal most directly exposes all of those things about our society that we do not like to see. The threat of the criminal is not our own annihilation, but our own revelation: the criminal uncovers who we are—he is the irruption of all that society's super ego tries to repress.

What does the criminal reveal?  The criminals of The Wire--who are both protagonists and antagonists at once—uncover the complicated and interesting ways in which institutions and individuals are irrevocably intertwined, showing that the rigid conceptual lines that we try to draw between individual and society, criminal and citizen are not so rigid, but thin, blurry, porous, difficult to define. The hyper-individualistic, liberal, capitalist and Christian assumptions that are the foundation of American culture and identity always define the criminal in terms of "individual responsibility." The act of crime is seen simply as either, a) the failure of will to resist the temptation of evil, or b) the success of a naturally depraved will that is originally sinful and, without the aid of an intermediary (The Messiah, the Leviathan, the Social Contract), eternally evil. Punishment, then, is meted out wholly on the shoulders of the individual, Biblically ("Eye for an Eye"), the so-called "just deserts" theory of punishment.

But the criminal, just like any other "individual," cannot be thought outside of the society inside which he was incubated. The very existence of the criminal is an indictment against the conditions that made possible that criminal: poverty, racism, classism, entrenched cultural notions of our relationship and responsibility to and for the Other. The criminal is an effect, rarely a cause. Indeed, if we are to have a theory of human freedom that has any force, there must be a corresponding notion of individual responsibility. But just as we cannot simply excuse the individual's responsibility to society, so too can we not simply excuse society's responsibilities to the individual.

Crime is not simply an opposing logic, or something a-logical; rather, crime is the apotheosis of the logic of a society. Crime is the shining forth of the both the consequences and contradictions that are inherent in a society's logic. Behind the veneer of wealth, equality, opportunity, and justice that are so precious to American's understanding of themselves, necessarily exists heart-wrenching poverty, appalling inequality, and egregious injustice, Americans who are "citizens" and bearers of abstract rights, but not in any qualitative or concrete sense, members that are non-members, effectively excluded from the political, economic, and cultural processes that constitute "America." This exclusion cannot be simply explained away in terms of an "individual's choice"—an account must be made of the historical, economic, social, and political forces that circumscribe the field of possible choice, that cultivate what comes to be called an "individual" in the first place.