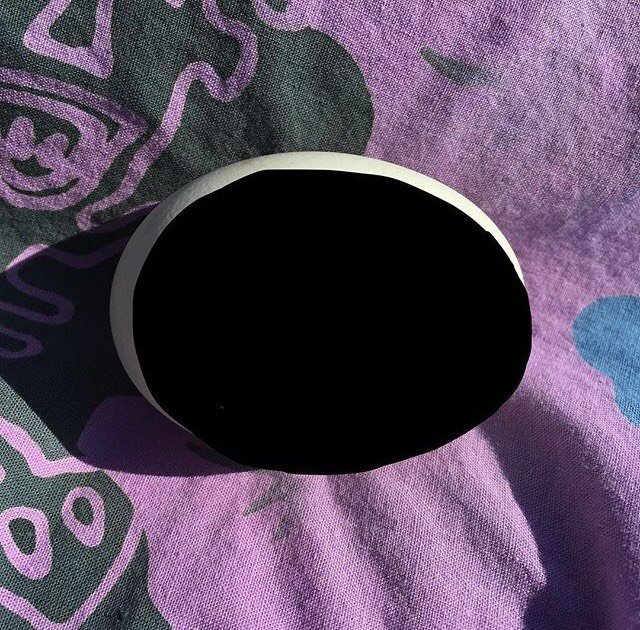 The apparitions of yesterday were valid for yesterday's ego, not for today's. — Samuel Beckett

At the turn of the twentieth century, Guillaume Apollinaire’s manifesto, “The New Spirit and the Poets,” (1917) was published, urging artists and writers to inherit a “good sense, a sure critical spirit” from the classics, in tandem with “a sense of duty which lays bare our feelings and limits.” This is insightful considering what characterized the modern era. Not being an imperialist, Apollinaire invoked a raison d’etre that appeals to revelation, not explanation or dogmatism. Let me not explain but ask.

Maybe an updated, contemporary “new spirit” might entail doubt, hesitation, restlessness, visibility — the latter being playfully opposed to a secrecy, a deliberate hiding, an opaqueness that troped a lot of modernist art and literature...and governments since, well, forever. One example of the former could be Jasper Johns, some of whose visual art indicates a will to  hide  all signs of thought, as he himself once declared. This kind of hiding, to my mind, parallels the machismo and force relative to questioning that we see in the demagoguery that we find ourselves witnessing now; it’s strictly tangential to curiosity, discovery, collaboration. A lot of “official” information leaves a lot to be desired. Human beings are exploited by being kept in a state of need.

A great many things are weaknesses. You are pleased to say so.
I say because I am so well pleased. With what. With what I said.
There are a great many weaknesses.
— Gertrude Stein, Lifting Belly

Why are facts so elusive, despite the apparent ubiquity of information? The above characteristics are part and parcel of what maybe should have been discarded long after the age of “enlightenment,” but which still persist into ours. The current epoch calls for questions, much more than the insistent, prescriptive answers, the misinformation that is constantly bullheadedly asserted. This century requires the kind of vulnerability that
epitomizes and works in tandem with what culture is: a changing social organism that opposes a hemmed-in (or walled), hermetic, independent structure of force, certitude.

Every question you ask presupposes an alternative universe. — Tom Raworth

Everyone wants answers. But a problem that arises now as ever, is that of asking questions, something that a lot of people are afraid of, what they may reveal. A four-star general goes on a one-sided “press briefing” to state, among other things, that if you question the (democratically elected or not) leader, you’re flat out wrong. Maybe it’s a fear of what remains otherwise unseen, unknown? It’s the work of those seeking truth to consider the question more than the answer, which is something the current order rejects. Their m.o. is My Way or The Highway. However, there is always with each human being, a sense for meaning that lies beyond the conventional reality we’re told to follow, to paraphrase the writer Colin Wilson, whose nonfiction book The Occult is a history of the unseen and ints initiates.

The poet John Ashbery passed away this past September. In trying to describe how and why he doesn't understand the meaning of his own poems, he explained that “poetry has its beginning and ending outside thought” as if maybe in the air like weather. Rereading his work since, I'm reminded of what’s exciting about reading and writing poems. “The mind begins to respond to the sound of the wind as if it were great music” (Wilson) — that seems a welcome thing today as ever.

Ah, but remember that the city is a funny place
Something like a circus or a sewer
— Lou Reed

It’s been said that nothing is more radical than facts, than truth, but whose? Who defines the truth, and why is the current order so attached to its own version of it? Capital comes to mind, profit, after a certain duping, a violating of the populous. The validity of information is no longer its salience, its clarity, but rather its being widely distributed — or else “Tweeted” as the case tends to be. To me, American society is experiencing a problem that seems related to a dualism of intellect. This duality has been exploited by rulers since antiquity, with rulers purposely spreading misinformation (in the guise of truth), pitting the people against one another, causing the whole of a population being divided about what is real, what’s being enacted, what’s to be believed, expected. Questions are all the more radical, democratic, especially when facts are made to be elusive — another part of the spectacle perpetuated by corrupt rulership.The panem et circenses of old is perpetuated on down the line, where to see and to be seen becomes more superficial, banal, competitive for the sake of competition: the asserted American way. This may be one reason that leaders might “discuss” American football instead of, say, natural disasters and what part human beings might have in them. Or even how to send aid after a hurricane has sent an entire population into pre-modern state of survival.

You in others — this is your soul. — Boris Pasternak

In Dante’s Inferno,  the observation that “we are one in hell as we are above” rings true, with help from translator John Ciardi’s note: In the Inferno, “the souls of the damned are locked so blindly into their own guilt that no one can feel sympathy for another, or find any pleasure in the presence of another.” I can’t avoid relating this to the effect that partisan politics has, especially when the apparent poles of communities are emphasized or exploited, on social relations. It’s not guilt today, but outrage, rage, obstinacy that ensnares us.s.

Thought is inside the mouth. — Tristan Tzara

Facts beget further and more facts, necessitating more questions. Facts don’t end at the point of their discovery — they cause the seeker to ponder and hunt the unseen. Champions of freedom encourage curiosity, scrutiny, even adventure. It’s only the ideology of the fascist to make what’s hidden — and also far away — seem unsavory, evil. Giordano Bruno was burned at the stake for his ideas about the universe that flew in the face of the state-enforced religious order. It’s like the modern ideology of the nativist, the bigot, evident in so many recent demands that indicate a fear-instilling, hegemonic plan. ‘Tighten U.S. borders’ is a most incessant platform, for fear of what’s outside, when facts reveal that dangers within U.S. borders are perhaps more insidious, unchecked. I’ve been wondering how cities, as I know some of them in America anyway, are connected to the ancient Greek polis, and to what and how is this related to the Roman civilization that followed, and sure enough, fell. How is American football related to the mock sea battle that Nero so adored?

It is up to my mind to find the truth. But how? — Marcel Proust

Julian Jaynes suggests that consciousness is, pretty much, just as likely to be found on the other side of the room on the transom, as it is on the inside our skulls. And a similar thing could be said of “the imagination” of one particular person, a “genius” even. One of the crowning features of administrations, nay, regimes like that of the one we’re under, is that its entire enterprise is predicated on and enforced by the idea that this one guy — a moron first, philanderer and manchild, I hasten to add — is the “leader” of some 3 million plus, and thus he should enact policies (to this date not one has been successfully enacted) to serve the privileged that fit a very specific demographic.

rational premises are irrational to begin with … The world keeps opening up, unfolding, and just when we expect it to be closed — to be a sealed sensible box — it shows us something completely surprising. — David Byrne

What is information and how is it shared? What are the extremes of circumstances between lies and what some consider over-information, assuming it’s the truth. “Symbols are real” writes David Levi Strauss, but I take it as, mind is real, and I take it on the chin. How can there be certain answers when the human collective has seemingly no way to consensus about what is true and what is untrue. And why, for that matter, doesn’t the collective unconscious seem to be working. One non-answer is to turn to the Tarot so as to ask questions that can be answered with yet more questions — or else an infinity of answers. What is it that the so-called irrational may have to offer?

By asserting my-way-or-the-highway — that one shouldn’t critique government and its unconscionable, dangerous oversight — the tradition of imposition and hegemony thrives. “No-questions” guarantees that no other position is valid, and also that certain other people aren’t either. It’s the tragically classic othering position that we see playing out in imperialist regimes since the first. And now this “Sugar loaf ding-dong panic-button windbag” (Anne Tardos).

He was so cool, aggressively — Fairfield Porter

Today, we seek clarity but question certainty. What does certainty have to do with the current order, and why do I care? I think that there’s a current surge in interest in the occult — a look into, a summoning of the unseen, the unknown, the diffuse, the ethereal, the messy, the loose, the unrigid, and whatever initiates vulnerability — in lieu of the macho certitude that plagued previous centuries, from business tycoons to novelists to painters.

Thinking about ancient Greece and Rome, there’s a tendency to look askance at what we know of Oracles and Augurs. We’re taught mostly of their fraud aspect and not as much about the use to be found in seeking insight from a rationale that lies outside the norm, the value in relying on chance. This kind of thing could be compared to the modern palm-reader, who has been lampooned in similar fashion — thinking of the many goofy film-and-TV versions, for one — but the Tarot is seeing a rise in popularity today. The artful Tarot pack is having another heyday. The Tarot, like poetry, dance, visual art, is an activity alternative to rigid expectations and routines, to conventional modes of gathering and using information — little data over big data. What these activities produce can’t really be negated as being “untruths.” Connections are made and used that are specifically outside the materialism that is connected to the capitalist superstructure (which is set upon the backs of the lowest classes, the most vulnerable populations on the planet). The question of art needing to be “useful” in times of social strife may be moot, because the creative act is apparently as radical as monkeying with the mechanics of some destructive dynamo or other. It empowers human beings and makes connections between us that might otherwise never have occurred.

Postscript: Questions in this way might not be synonymous with criticism as it's commonly understood, or even critical inquiry, but what arises from a sense of curiosity. On the other hand, it may always be worth asking do I have any good will left; am I being short-sighted, divisive for its own sake, whatever; are mynfingers in my ears, head you know where?