I often imagine a sequence of events, occurring sometime after the introduction of the portable video camera. A performer frustrated with their inability to judge their own performance turns to video as a solution to their problem of self-documentation. The artist eventually learns to see a recorded performance differently, realizing that the grainy black and white image does little justice to the original act. Soon the artist realizes that the video image is a performance context in its own right, and invents what we know as the first Performance for the Camera, a magical place where the artist is able to simultaneously view and react to their artwork as it is created. Video art as we first knew it was born and flourished in this new self-reflective environment. Indeed, though other branches of video art have developed and prospered, performance for the camera has remained a consistent presence. I propose that in recent years Performance for the Camera has evolved into what I term Performance for the Computer. This development represents a large shift in thinking which challenges the efficacy and thoroughness of our prior understanding. In this paper I will seek to define the differences and unique properties of this new context. 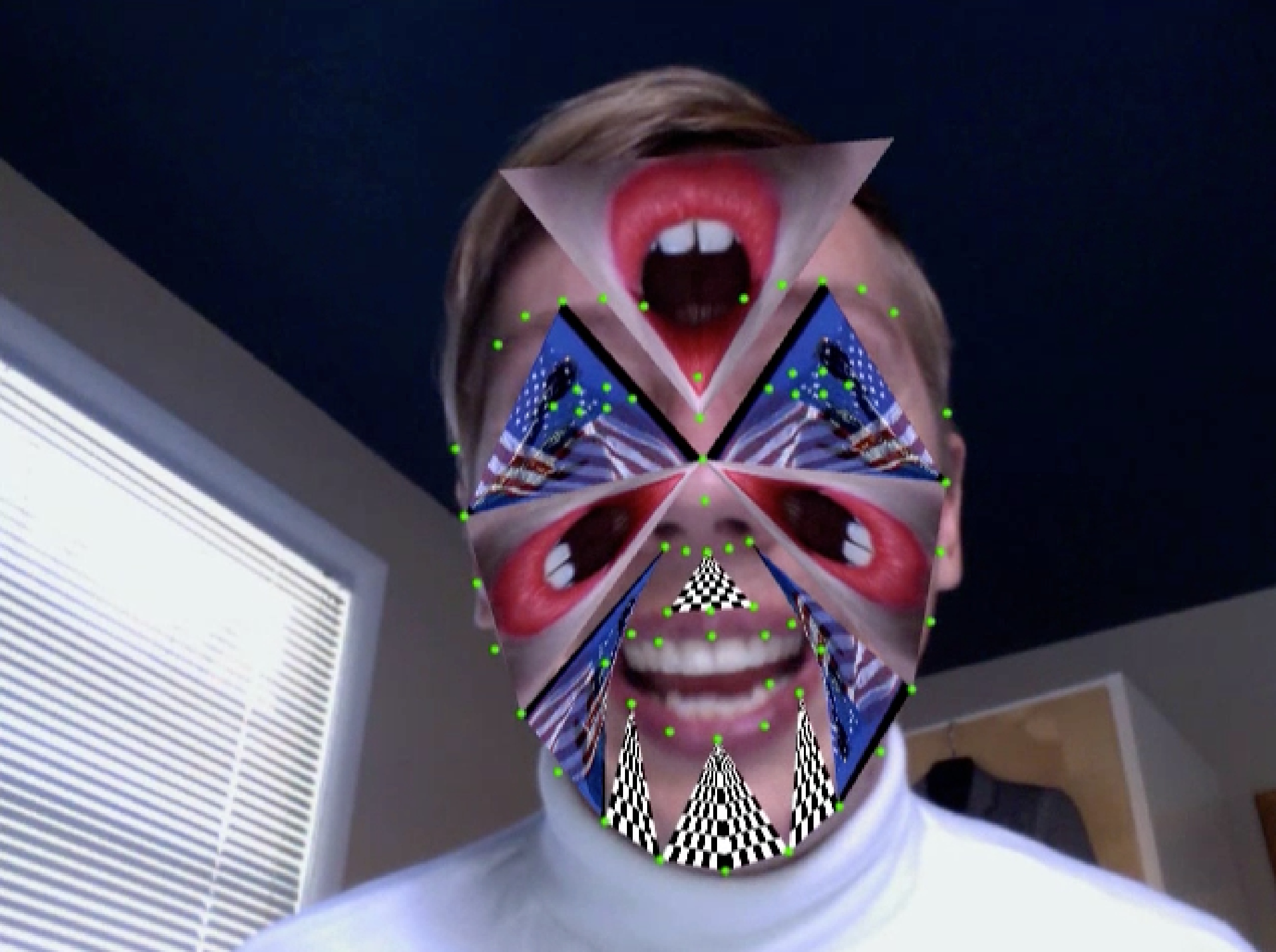 Performance for the Camera is defined best in Rosalind Krauss' "Video: The Aesthetics of Narcissism" (1976). According to Krauss, Video centers the body between two machines that are the opening and closing of a parenthesis. The first of these is the camera and the second is the monitor that re-projects the performer's image with the immediacy of a mirror (Krauss R, p181). This immediacy makes the performer acutely aware that in seeing himself (recorded), 'it' is already over and he is enacting history. Time collapses visibly and editing happens during the making of the work in response to the camera's view. (Gale P, p117) Krauss is careful in her analysis to distinguish between reflective and reflexive states, where reflexivity creates the 'other' separate from self, reflectivity implies the vanquishing of separateness. Where modernist reflexivity locates the object, the reflective feedback of performance for the camera brackets that same object out. Herein, the work becomes about the Self, it enacts a condition of narcissism. This is typical in works from the period. Canadian artist Colin Campbell's Sackville I'm Yours (1972), wherein Campbell interviews himself on his own pathetic art celebrity status in small town Sackville New Brunswick, hilariously and preemptively pokes fun at Krauss' formal arrangement.

Perhaps in Krauss' ideal case the video device is behaving more as a tool, whereas in its exceptional form it appears to be acting more like a machine. Karl Marx distinguishes between the two as follows: that in the case of a tool, man is the motive power, while the motive power of a machine is something different from man. (Marx K, p352) In the former, the video instrument behaves as an extension of the human body, while in the latter the video instrument imposes its rhythm on man. Krauss specifically asserts that the video mirror acts against the 'other', therefore more like a tool, and yet rejects that the video mirror acts as an extension of the body and emphasizes psychological internalization. Despite Krauss' assertion, many artists at the time were experimenting in ways that forced the rhythm of the machine upon themselves. Joan Jonas' Vertical Roll serves as a good example. In her 1972 video, the machine is literally transposed upon her body in the form of a forced vertical roll, the result of desynchronizing the frequency of the tape. Peter Campus, the Vasulkas, Bruce Nauman and many others also made tapes that closely acknowledged the integral presence of the machine to their performance. Herein the mechanics of the video mirror are more than just an "appurtenance", as Krauss dismissively asserts. Even then and especially now, the machine is everything. 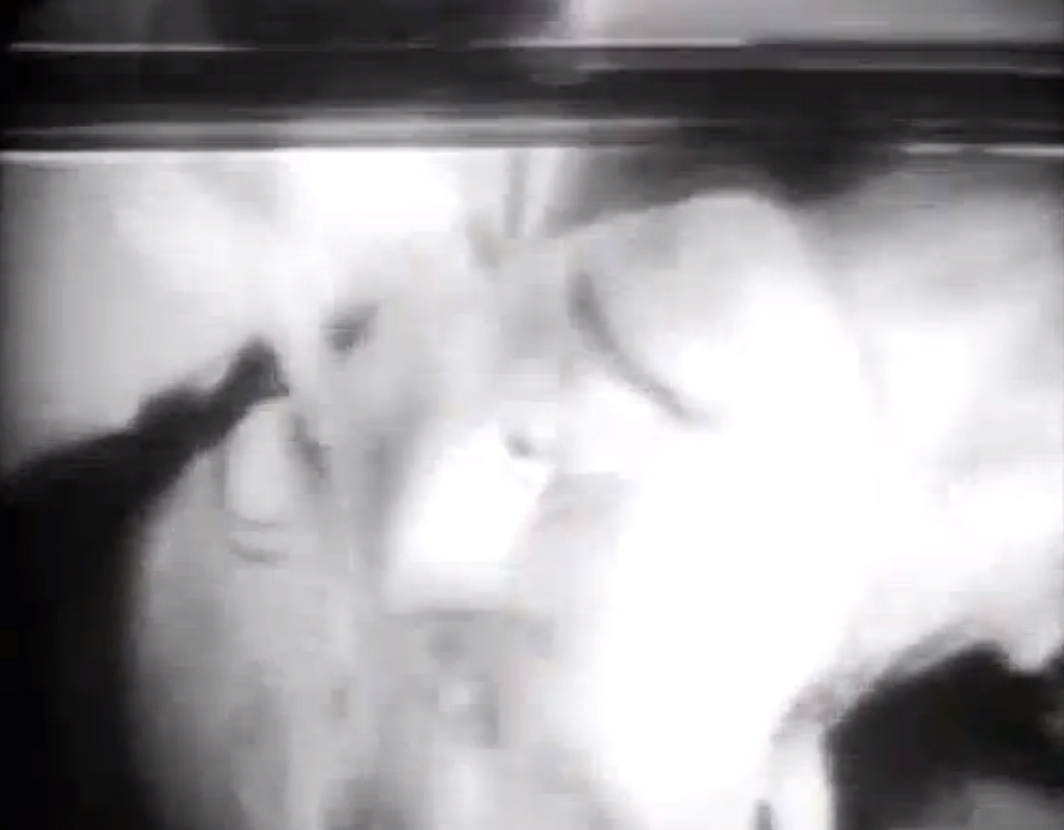 The introduction of the computer was not the first, but has become the most important change to the reality of video since the 1970s. Slavoj Zizek proposes that the computer is a third, new stage in Marx's scheme of development. On one hand he says, it is closer to a tool, in that it does not work automatically, and on the other hand, it is more independently active than a machine, since it works as a partner in a dialogue in which it questions itself. (Zizek, p291) In this scenario we begin to act toward computers, despite our better judgment, as if they are living things. The excitement a person has in creating a desired effect with their computer is similar to a hunter who has conquered a beast. Not surprisingly this perceived complexity has led us to refer to our own minds, nay our whole world, as a network of computers. Artists like Cory Arcangel have even begun releasing artworks along with how-to guides in the spirit of computer programmers open source projects. (http://www.beigerecords.com/cory/rss_media/dtmc.pdf)

What happens to Krauss' narcissism in the presence of this new machine culture? Many artists, myself included, perform inside and alongside of computers. Herein any image that can be recorded can also be adapted in any multitude of imagined ways. Digital video is one piece of data among many. Where the mechanical analogue nature of the 1970s video circuit may still have appeared simple enough to be completely dominated by the artist, the new digital hybrid space appears to expand even as one tries to encapsulate it. Zizek suggests that the computer is an inconsistent machine, which, caught in a snare of self-reference, can never be totalized. Within this context we conceive of a world in which anything is possible; where we can arrange the rules arbitrarily. One may then assume that in a world where the computer is a social metaphor our psychology has undergone this same displacement.

I believe that the result has been a transposition of Krauss' narcissists' ego, from an internalized Self, to a Computer (Other). Indeed, the computer's vastness has resulted in a sometimes-misguided re-modernization of the artist's spirit. Artists, like David Rockeby, who first began performing in the 1980s alongside computers and documenting the results on video, have invested the entirety of their egos into the egos of their machine creations. Indeed, software development cycles have taken the place of aesthetic movements. It is no longer cubism that leads to abstract expressionism, but rather the release of a more powerful computer or a new software program that dictates aesthetic development. Many artists have chosen simply to use machines to mimic aesthetic forms from the past.

Without a hint of irony one can find machine made examples of John Cage's experiments with chance operations in composition, Duchamp's removal of the hand of the artist in his Readymades, the rule-based work of Sol Lewitt or the System art of Bridget Riley. These are artworks that prioritize the process of codifying and executing the artwork through mechanical and logical procedures to make art less about the human and more about the machine. Today's artworks are the opposite, machines making art in some effort to appear as Zizek suggests, more like humans. What does a machine made painting in the style of Jackson Pollock suggest of our society other than that we believe more in our machines than we do in ourselves?

Much of what we are seeing can be examined as a continuation of what Rolande Barthes described in his essay 'Death of the Author'. For Barthes, the 'death of the Author' signified the 'birth of the Reader'. Indeed, as I have shown the human author has been diminished significantly, present only in his or her evolving transition towards software programmer. Herein, the Reader is most obviously privileged and pleasantly obliged to interface with a growing number of interactive artworks. The role of the author is simply to plug in parameters for a reader to transfigure into any number of self- pleasing results. Any author that positions himself or herself within these confines sees their ego diminished to the level of a 'user', to use a computer term. In effect the Author himself becomes a Reader, pathetically trying to peck out an understanding of his own fantastic creation. Here the only narcissist is unwaveringly confident Machine.

We are used to thinking that the author is so different from all other men, and so transcendent with regard to all languages that, as soon as he speaks, meaning begins to proliferate, to proliferate indefinitely (Foucault)

For Barthes, Authorship is a tragedy that ignores social responsibility; it is an imposition upon the Reader that rejects any responsibility to them as an active participant in the completion of a work of art. The transfer of authorship to the Machine signifies a further dismantling of the Author and a further transgressing of personal responsibility for the outcome of his creation. Herein the Reader is faced with the impossibly absurd task of creating meaning from the output of a machine. Faced with this overwhelming chore most people simply ask, "How does it work?" Never mind the possibility of meaning in the content of the machine's output, we just want to know how it functions. Our most important text in decoding images might as well have the words "for dummies" in its title.

As Krauss asserts, the alternative to video art's narcissistic trappings is to 'exploit the medium in order to criticize it from within'. This is my artistic strategy for dealing with the contextual framework outlined in the above passages. I am a privileged white male video performance artist who uses computers to make art. I am the Dead Author, the flaccid male ego with a curved spine that pecks at his keyboard trying to understand the rhythm of the machine and the naïve Reader who still believes in meaning. Of all of these trappings I am critical, for I am the solipsistic bastard child of a digital mirror. Ultimately the only way to overcome this tragedy is to laugh about it, and so I ask the viewer to laugh at me laughing at myself. Indeed, what greater way to subvert the machine than to exploit the subtlety of one of our most human and illogical traits, the ability to laugh at ourselves.