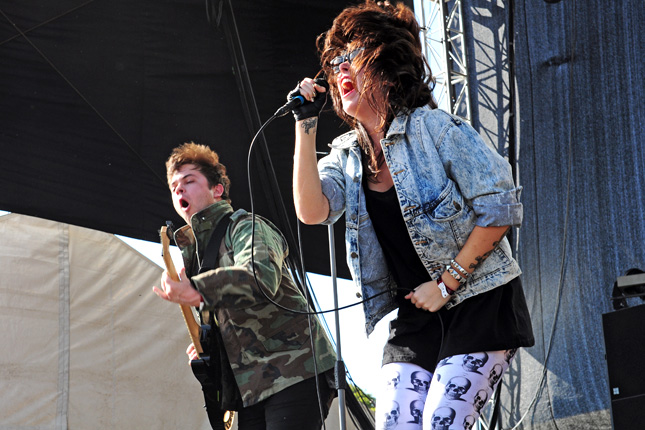 Last week, Pitchfork released their list of the best tracks of the 20-teens so far. And it is mostly inoffensive! Sure, it marks the moment where Pitchfork lists start to maybe "Best-Week-Ever" themselves, having covered all available decades and instead beginning to canonize the recent past. And yes, it's "presented by"  Beats, a company coincidentally in search of a captive audience for its fledgling streaming service so that Steve Jobs might produce one more evil smirking emoticon from beyond the grave.

But it's really not bad, really. Grimes at number one seems appropriate, there's lots of Yeezy and Fiona, and they don't shy away from reminding us that "Gucci Gucci" is still tight, so I'm happy. All smiles!

With one important exception, that is. Under normal circumstances I try not to inflate Pitchfork list nitpicks into blog posts (I just tweet about them, duh). In this case, though, it's bigger than Pitchfork, and it's not their fault, but ours – or, rather, the entire music-listening public that is not me. Slotted at 128, right between "Come on a Cone" (stellar) and Fleet Foxes (I'm sorry I can't hear you I just barfed up all my internal organs), is "Rill Rill" by Sleigh Bells. Its presence there can only mean we (again: not me!) have failed Sleigh Bells repeatedly, and now music's biggest posterity engine is on the verge of remembering an actually great band only for its least interesting song.

Sure, I'm using "great" kind of loosely here. Sleigh Bells are not Otis Redding or EMA or anything I've ever been particularly touched by emotionally. But that's fine, because they did produce something I, at least, had never heard before – roughly the sound of taping "Hollaback Girl" off the radio and playing REALLY LOUD guitars over it – and their first LP, Treats, is fucking exhilarating for it. It was a kind of limited/limiting look, but it was/is a REALLY GOOD one; five years on, listening to Treats while walking down the street still makes me want to punch a cop and then parkour the fuck out of there. If you were to ask me, as I often ask myself in the shower or while spacing out at work, "Say, Mr. Tremblay, what band would you sell your soul to be in?" Sleigh Bells would be at least in the top five, because if just listening to these candy-addled brain-jackhammers so quickens my animal spirits, I can't even imagine how much fun playing them live is. It'd be like being in a band with Lex Luger, and I'm hard-pressed at the moment to come up with anything tighter than that.

And then there's "Rill Rill," nestled sneakily into the middle of the album like a crisp white polo under a ratty leather jacket. "Rill Rill" isn't bad per se, it's just not all that memorable. Built around a Funkadelic sample (promising!), it churns that reference into the vaporous laid back vibes that recall the Beach Boys to people who don't actually listen to the Beach Boys – a facsimile of post-Soft Bulletin Flaming Lips, if you will. As a song, it's barely a thing, which is disappointing considering how much time its surrounding tunes demand attention and GET IT. It's a breathy John Mayer number in the middle of Discharge's greatest hits. Twenty years from now, you'll hear it and be like, "Hey, this kind of sounds like it was in an iPhone commercial," and you'll be right, but even if that weren't literally true, you'd still be kind of right. Right?

Anyway, no other song on Treats is as salivated over. Most reviews from its original release mention it – the word "standout" occurs more than once even in a cursory Google search – and when I used to mourn this fact to tasteful friends, they'd stick up for it as one of their own favorites. Which, fine: they're all crazy and I'm right. But the fact that this is the ONLY Sleigh Bells cut on a list of 200 songs released since 2010 – and, indeed, the only mention of Sleigh Bells at all, as the Best Albums list left them off entirely in favor of a nice hunk of nonsense (Ariel Pink whut???) – feels almost revisionist, like sanding down the more interesting parts of a musical output that, and this is rare, was hugely successful and had real, actual rough edges. If we must take the historical perspective on years from which I probably still have unfinished crosswords lying around the house, what was important about Sleigh Bells was not that they at one point flirted with millenial easy-listening. Any chump can do that, and many more will. Treats was something different: better and weirder, more beautiful and garish. It didn't go where the action was. It made the action come to it, and bent pop music to its demented, blown-out will.