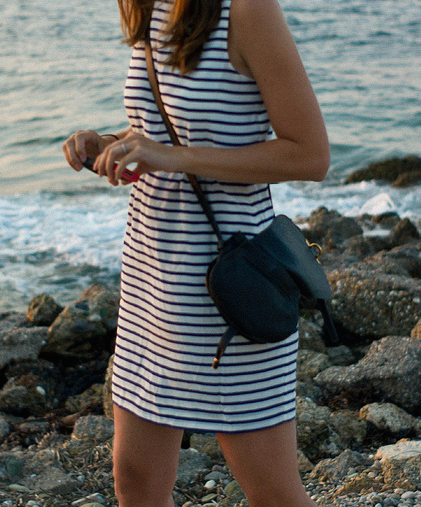 Snapping photos, amassing artwork, noting first words, jotting silly stories, and recording performances: accruing and documenting the stuff of childhood seems to be attendant to the nuclear family package and a critical component of mothers’ everyday labors. In digital culture, opportunities for capture abound. Smart phones in hand, moms can take note and record daily family life without ever having to run for their cameras, and the practice of collecting family ephemera and photos in the digital age is located on digital boards, walls, and newsfeeds, carefully curated and constantly present. Indeed, a slew of apps have stepped in to assist in recording and organizing digital family scraps, promising moms a private digital space in which to conduct the work of collecting, curating, and chronicling the family in a multimedia presentation of photos, videos, sound clips, notes, and quotes. But how does the daily work of digital family archiving shape mothers’ relationship to their labors? How does it shape family life? What does the world of constant documentation mean for mothers and their care work?

In our ethnographic work with mothers of young children, we discovered that contemporary mothers’ lives are both bombarded with abundant online resources for presenting and bettering family life and burdened offline by shrinking material resources for maintaining that life. Carly, for example, is a mother of three daughters who left her dream job and its long, inconvenient hours for a regular desk job that she subsequently lost within months to corporate buyout. In the meantime, Carly’s husband weathered two separate layoffs, and Carly took on several babysitting charges just to keep her precariously middle-class family afloat. Amidst seemingly constant economic crisis, Carly produced a series of Facebook albums titled “Promise of a Fun Summer.” She captioned the albums, “I have made a promise to myself to make it a memorable summer for my little ones (without breaking the budget). Here is a pictorial of our summer!” Everyday, Carly posted at least one picture of her children doing something fun, ranging from the mundane (eating popsicles) to the special (trips to amusement parks). Even as moms like Carly labor to keep their families together in tough times, they constantly scroll through and upload family photos to Facebook albums, pin ideas on Pinterest for family time, and collect recordings of life with little ones on family archiving apps like Togethera and Notabli.

Long before the advent of Facebook walls and Pinterest boards, Don Slater (1995) suggested that pinboards and walls were perhaps the apt metaphor for digital photography. While traditional photo albums are re-presentational narratives that “seem to bolt a constructed identity into the natural flow of time” (138), pinboards and walls are “ways of acting out and embodying a relationship in the present” (139). We self-present through images, and visual scraps like photographs, jotted quotes, and saved posters make up the material of our daily lives. “The image,” Slater says, “is the way we present ourselves in the heat of the moment rather than the way we represent that moment as an object of reflection” (140). This is a critical shift for family photos, which we have long understood as families’ way of reflecting on and narrating themselves. Susan Sontag said, “Through photographs, each family constructs a portrait-chronicle of itself—a portable kit of images that bears witness to its connectedness” (1977: 8). Mothers’ work as family archivists has thus moved from producing a reflective narrative of the family story to continuously presenting the family visually as a way to live in and experience the present.

What seems to be important about Carly’s story is that the act of creating and producing the Facebook albums is part of the promise of bringing that fun summer into being. These albums don’t look back and reflect on fun summers past, but instead look forward to the promise of future fun. Carly’s fun photos, uploaded and added to her album in the “heat of the [fun] moment,” are not a strategy for reflecting on that moment, but a way of experiencing the fun itself. Indeed, in times characterized by profound and constant insecurities, the digital presentation of family seems to “pin down” family happiness (as we’ve argued elsewhere), but also, and just as importantly, keeps mothers in a holding pattern, presenting and presenting again the family in the moment that it experiences itself. The family does not just come to know itself through reflection on a photographic narrative, but instead experiences its life, the present moment, through self-presentation.

This looping presentation of family and its life keeps mothers oriented away from digging into feelings of anger that might foster new ways of living. Lauren Berlant characterizes contemporary precarious life as an impasse, “a thick moment of ongoingness” (200), or “a stretch of time in which one moves around with a sense that the world is at once intensely present and enigmatic, such that the activity of living demands both a wandering absorptive awareness and a hypervigilance that collects material that might help to clarify things, maintain one’s sea legs” (4). This is a “cul-de-sac,” in which one “dogpaddl[es] around” (199). Carly was in this cul-de-sac, cycling in and out of jobs, trying desperately to secure her economic situation and take care of her family, and the promise of a fun summer became a way to hold her head above water. Enacted through self-presentation, Carly’s summer of fun became a kind of “hypervigilance,” a mode of being in the world and looking for “material … to clarify things.” In building, finding, curating, uploading, and organizing material for the albums, Carly scraped happiness out of the muck of economic troubles and familial frustrations. Happiness apps that invite mothers to constantly upload, note, and curate family happiness thus become technologies of hypervigilance, helping mothers to continue dogpaddling in the impasse.

In this “stretched out present” (Berlant 5), “one keeps moving, but one moves paradoxically, in the same space” (199). Digital archiving tools fortify mothers’ ability to keep moving, without ever moving them to action. In cultivating mothers’ capacity to spot happiness and pluck it from the “thick moment of ongoingness” that characterizes daily domestic life and its neverending laundry, dirty dishes, bills, and sibling squabbles, happiness apps keep mothers in the impasse. As they upload happiness to their apps, boards, and walls, mothers obsessively present themselves, each upload a dog paddling stroke bopping mothers above churning waters and chirping, "I'm happy! I'm happy!" Rather than looking back and re-narrating—re-presenting—their family stories, mothers tell these stories to themselves in real time, coming up out of the muck of the impasse in the telling, but never really leaving the muck behind.