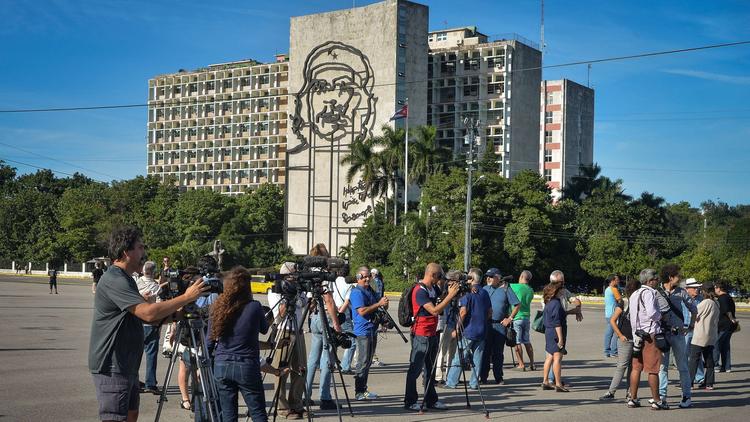 "Cuban performance artist Tania Bruguera was detained by authorities in Havana before a controversial planned performance, according to the artist's sister. The piece was to consist of installing a podium and an open microphone in Havana's Revolution Square, allowing any interested individuals the opportunity to speak their minds for exactly one minute."