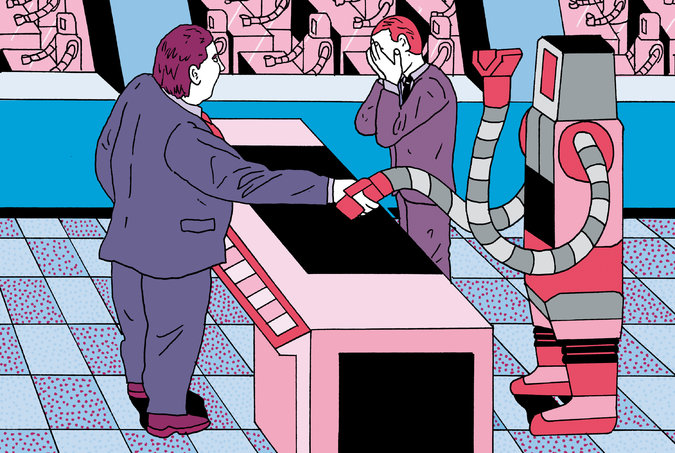 "A robot with emotion-detection software interviews visitors to the United States at the border. In field tests, this eerily named “embodied avatar kiosk” does much better than humans in catching those with invalid documentation. Emotional-processing software has gotten so good that ad companies are looking into “mood-targeted” advertising, and the government of Dubai wants to use it to scan all its closed-circuit TV feeds."

Zeynep Tufekci in The Machines are Coming 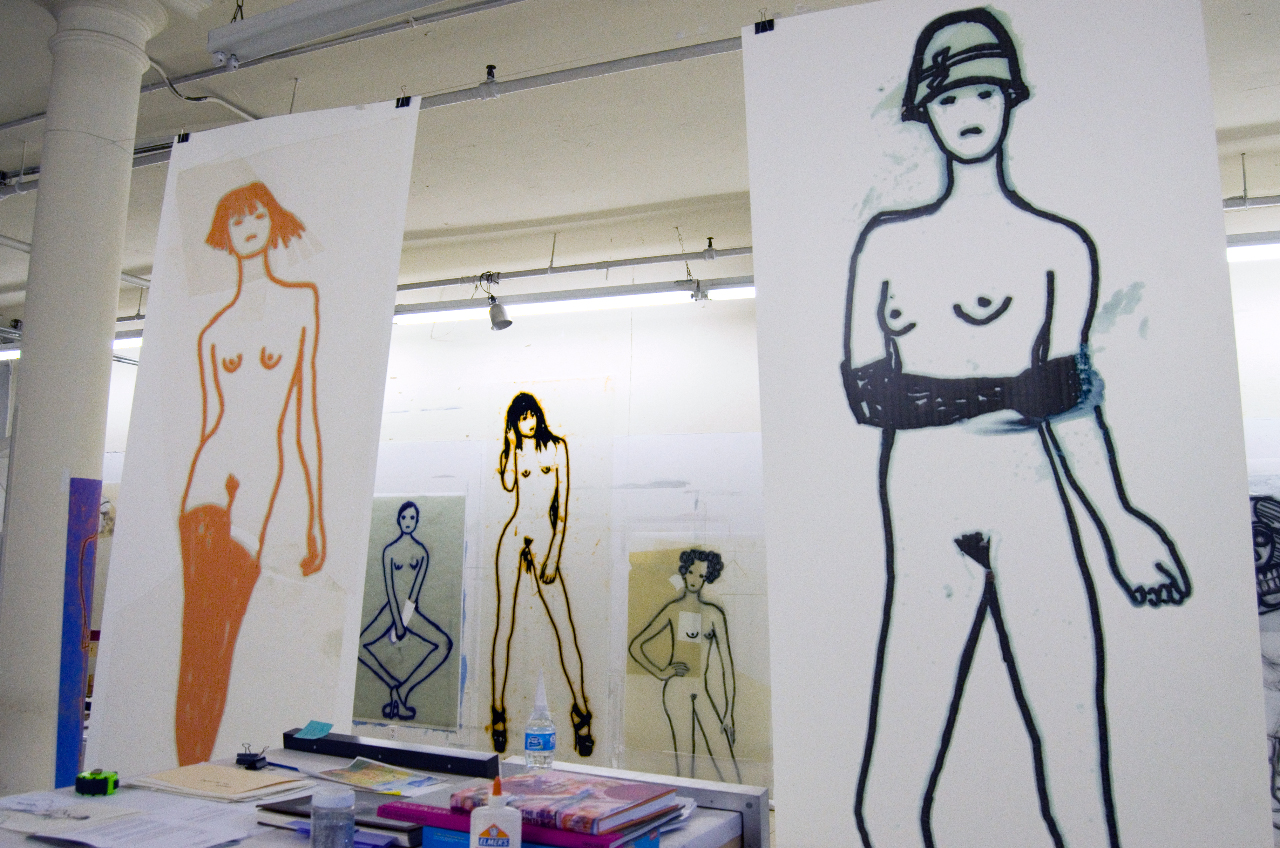 "So, what can we make of the coincidence that there are several exhibitions right now featuring the work of second-generation feminist artists? This isn’t, of course, to say these women haven’t been showing all along — they have, just not at the same time. Are we experiencing a revival of interest in feminist art — or are galleries getting pressured to show more women? Is the art world just now catching on that these women are here and still producing stellar, and more importantly prescient, work — the golden age of the “overlooked female artist” — or is this a bad sign, given that the fall is reserved for heavy-hitting artists?" 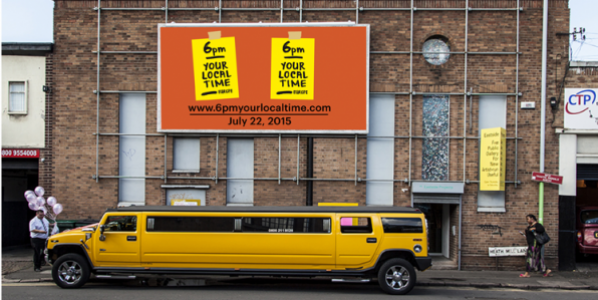 "The idea of genius still plays an important role in Western culture, and not just in the field of art. Whether we are talking about the Macintosh, Infinite Jest, a space trip or Nymphomaniac, we are always celebrating an individual genius, even if we perfectly know that there is a team and a concerted action behind each of these things. Every art world is grounded in the idea that there are gifted people who, provided specific conditions, can produce special things that are potentially relevant for anybody. This is not a problem in itself - what's problematic are some corollaries to our traditional idea of genius - namely "originality" and "intellectual property". The first claims that a good work of creation is new and doesn't depend on previous work by others; the second claims that an original work belongs to the author." 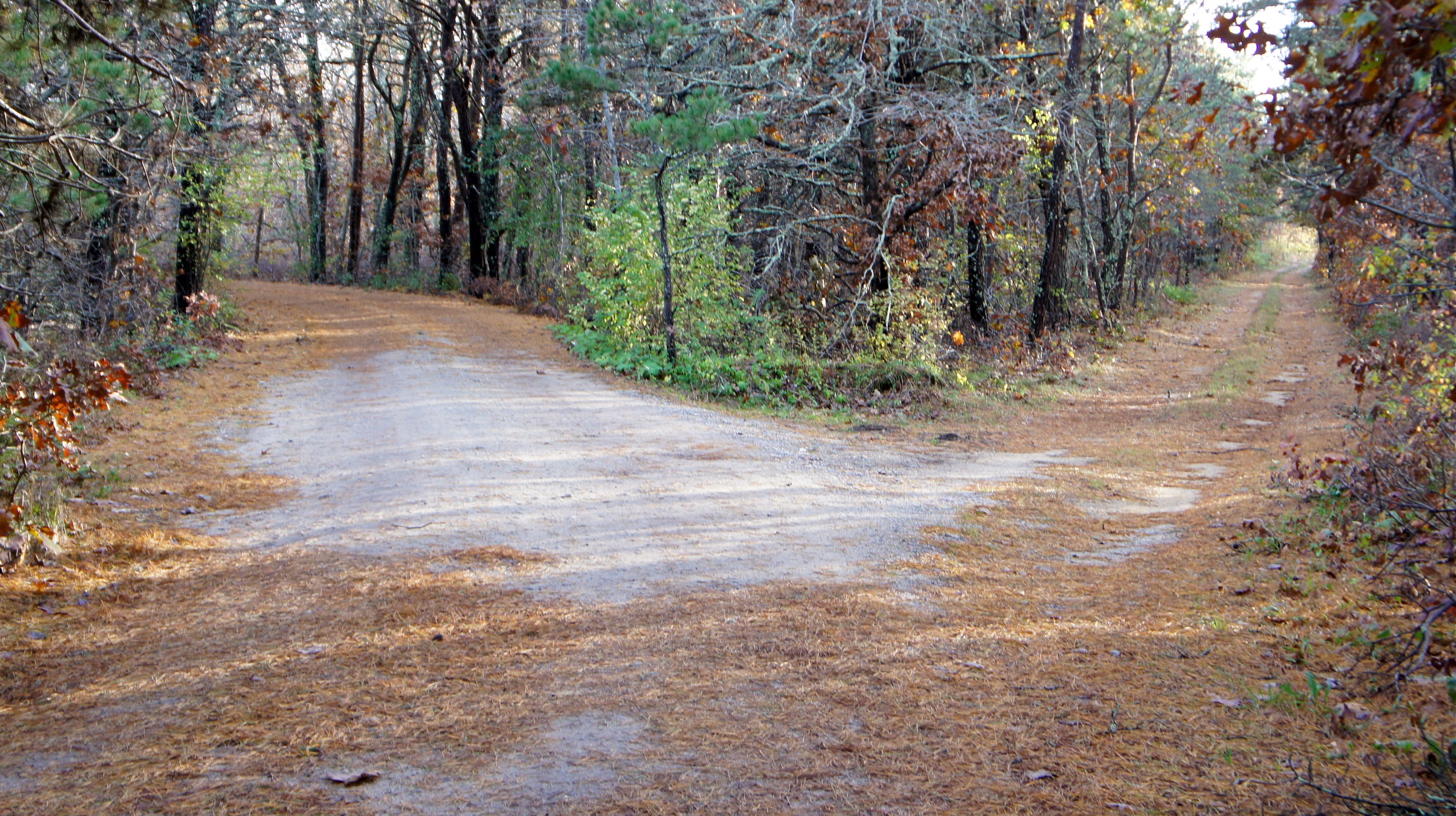 "If the students and professors taking part in the O.O.P.S. classes discussed the details of their inquiries, there would be, no doubt, much that confirms the inquiries in each of the courses with the inquires in the others. But there also would be intriguing matters up for debate — a debate I hope we can develop, moving between the classes and beyond. This is the goal of the O.O.P.S. project." 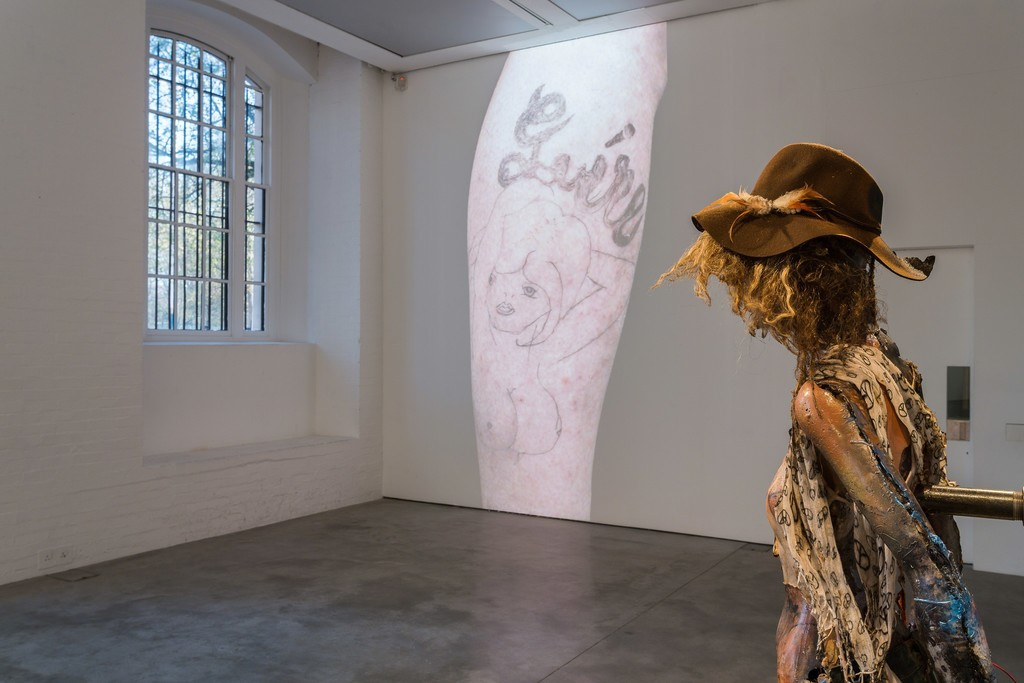 "'Looks' is a playful and powerful consideration of mass digital culture and how it impacts the ways in which new strands of identity are negotiated. It’s a provocative compendium of work, looking forward to the ever-closer post-human world, but at the same time, only conjecture, a broad brushstroke of what lies ahead."