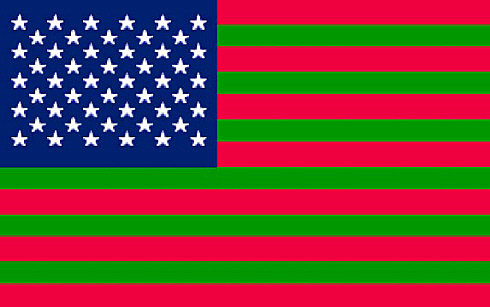 "In a world where global trade, facilitated by telecommunication and e-commerce, has blurred national borders, nationalism in general had seemed increasingly to be losing its relevance—until September 11, 2001. In the months following the attacks, nationalistic fervor increasingly gave way to the realization that isolated sovereignty was untenable in a global economy. What happens to an emblem of solitary statehood when that state's internal affairs become entangled with geopolitical commitments? How can the notion of a flag reflect the new reality rather than pining for a nostalgic sovereignty that no longer exists? net.flag is one answer to those questions."