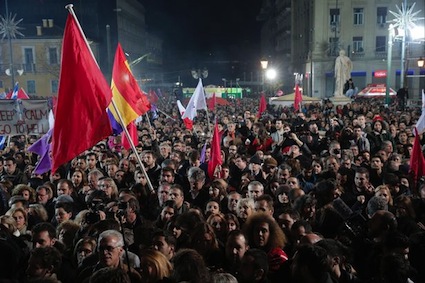 "Since the summer of 2014, the depression has been drawing to a close, helped by the strong performance of the tourist sector. Yet, the damage from troika policies is so severe that growth prospects are appalling. The weakness is manifest in foreign trade, which the IMF expected to act as the “engine of growth”. In 2014, Greek exports will probably contract, while imports began to rise as soon as the depression showed signs of ending. This is a deeply dysfunctional economy."