Alison Kinney's work has appeared or is forthcoming in The Atlantic, Avidly/L.A. Review of Books, Narratively, The Robert Olen Butler Prize Stories, Salon, The Literary Review, and The Hairpin.  She received an M.F.A. in Creative Writing from The New School and a B.A. in Women's Studies from Drew University. 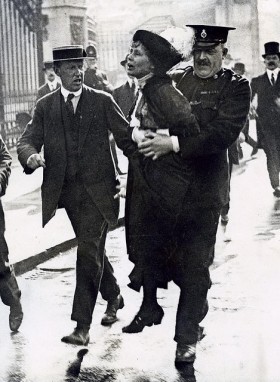 Alison Kinney compares the police assault on Cecily McMillan with state violence against American and British suffragists at the turn of the century.